Anyone who has tried kayaking will surely agree when we say that it is a lot of fun. It can even be therapeutic. Whether you do it on your own or with a buddy, it is a relaxing activity. This is also an opportunity to reconnect with nature and discover places unknown.

Kayaking, however, can also be risky. Especially for someone inexperienced and without the right gear, a kayaking trip can quickly turn into a disaster. This can also happen when you choose the wrong place to kayak. With this, the rest of this article will talk about four of the most dangerous places to kayak in the world. If you are an adventure seeker, these destinations should be on your bucket list!

When it comes to the most extreme places to go kayaking, Big Banana Falls in Mexico is hard to beat. It is unheard of for many people, but for pro kayakers who are looking for once in a lifetime experience, it is pretty popular.

Rafael Ortiz, a Mexican kayaker, made a jaw-dropping stunt at the Big Banana Falls. “The experience I get from the waterfalls aren’t measured in feet or records. My life’s goal is to die exhausted instead of bored.” These were some words expressed by Ortiz when asked about the death-defying act he pulled.

Ortiz was also quoted saying that he sees kayaking as a spiritual experience as opposed to a thrilling adventure. He sees his kayak as a metaphorical vehicle that brings him closer to the most wonderful experiences the world has to offer. He sees it as the perfect way to challenge himself and defy limits.

With a height of 40 meters, the mere sight of the Big Banana Falls can instantly overwhelm any person. The sight is heart-stopping, what more when you are dropping from the edge on a kayak? Only Ortiz can say exactly how it feels. Lucky for him, he was able to pull off the stunt and sustained only minor injuries. It was all worth it given the record he was able to achieve.

An ocean reef located near Lincoln City in Oregon, Nelscott Reef is a popular choice among big-wave surfers. On Oregon Coast, this is the only place with conditions that are ideal for big-wave surfing, making it popular among thrill-seeking surf enthusiasts. The reef’s big waves, however, are attractive beyond surfers. Adventurous kayakers have also been eyeing this destination as it is considered one of the most dangerous places to kayak in the world.

Not anyone has the opportunity to go on a kayaking trip at Nelscott Reef. It has a depth of around 18 feet. The open swells can jack up to 50 feet. Anyone who surfs professionally will agree that this height is too much for an average person to handle. It is even more dangerous for kayaking since the reef is more known for surfing.

Tao Berman made a record for his surf kayaking stunt at the Nelscott Reef. As expected, this isn’t one thing that happened overnight. Like all great things in life, it entailed preparation. In the case of Berman, the preparations took him about four years to complete. He has to study the water conditions thoroughly, learn from the surfers, and put together a kayaking set-up that can handle the demands of the reef.

Berman surfed a 40-foot wave not with the use of a surfboard but with a kayak. Because of this, his achievement is one that is envied by many, including the pros.

New Zealand is a dream destination for any nature lover. It is one of the most picturesque countries in the world. It is also a favorite of adrenaline junkies, including kayakers. It is also home to the Tree Trunk Gorge, which many people consider as another hard to beat option when it comes to the most dangerous places for kayaking.

The Tree Trunk Gorge is a part of the Kaimanawa Forest Park. With a rich flora and fauna, it is also one of the most popular biking trails in the country. The loop track is 17 kilometers, which will take approximately two to four hours to complete.

For those who want to defy boundaries, this is also a good choice for kayaking. This isn’t for everyone. Even the most experienced kayakers will warn you that this is a dangerous destination. It is one of the most lethal gorges in the world. One thing that makes this a challenging kayaking destination is that it is narrow. It is only one-meter wide. To make it even more challenging, the only way you will reach the gorge is from a 13-meter waterfall with an 8-meter drop that leads directly to the pocket of the gorge.

Switzerland is another country that is on the list of nature-lovers. It is expensive but also scenic. It is one of the most picturesque countries in the world. For those who seek a different kind of adventure, the Rhine Falls is one worth checking out. Considered Europe’s most powerful waterfall, it is 23-meter high and 150-meter wide.

Daredevil kayakers should check out Rhine Falls as it is also considered one of the most dangerous places to kayak in the world. However, take note that this is in no way a destination fit for newbies. You need to be a pro and equipped with the most advanced gears to go kayaking at Rhine Falls. Those who to kayak here spent years of training to have the physical strength and courage.

Craving for a one-of-a-kind adventure? Go on a kayaking trip to the dangerous destinations mentioned above. If you are a newbie, stay away. If you are a pro, on the other hand, challenge yourself but be responsible and always prioritize safety over fun! 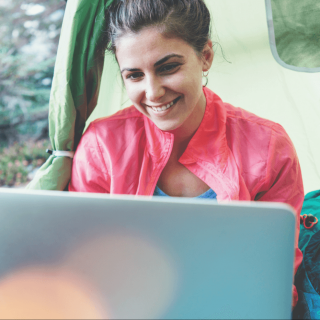